Recently I, a 20 year old, have taken a liking to vinyl records. And not because it’s an old medium and I want to be a hipster. I am not “nostalgic” about CDs, casset tapes, or other antiquated mediums. There are solid reasons for why I specifically like this antiquated medium.

The age of streaming

When I listen to music, 90% of the time I am streaming it. I use Apple Music and really enjoy the service. I’m not arguing that Vinyl is the best way to listen to music. The convenience and pricing of streaming services are king, and will stay that way. If anything, I would argue that streaming is the best platform for most consumers. It offers a the most flexibility, and tons of variety for a low price. And you can listen anytime, anywhere. Personally I have my whole library downloaded offline, which is a another plus of most streaming services. You can still have the benefit of an offline cache with the flexibility of an extremely large catalog.

And yet, even with streaming’s flexibility and ease of use, I still would like to have a physical collection of my very favorite albums. The albums that I love and could listen to literally hundreds of times without getting tired of them. I like the physical collection because it gives me a better connection with my media, rather than just a expose of album art in iTunes.

When I buy games, I tend to buy the physical versions whenever possible for the same reason. The physical collection will also always be in my possession as long as it’s not damaged or lost. I’m not sure if Apple Music / Spotify / streaming service of your choice will still be active in 30 years. And, if you decide to stop paying for the streaming service, the music is not longer yours to keep. So, if I want a physical collection of my music, I’m left with 2 options for the most part: CD and vinyl. There are several problems with CD which prevent it from being a medium that I enjoy collecting.

It is a digital format, with no connection to the music on disc. It’s boring, scratches easily, and you’re just going to import it to your computer and play from there for the most part. There is nothing unique or special about it. It exists because of the technology at the time of its inception.

Also, the art is tiny, the jewel cases are usually bad quality and scratch/crack easily. It’s just not an appealing collector’s item. I do own lots of albums that are only on CD, and they are fine. But if it’s available on vinyl, because… 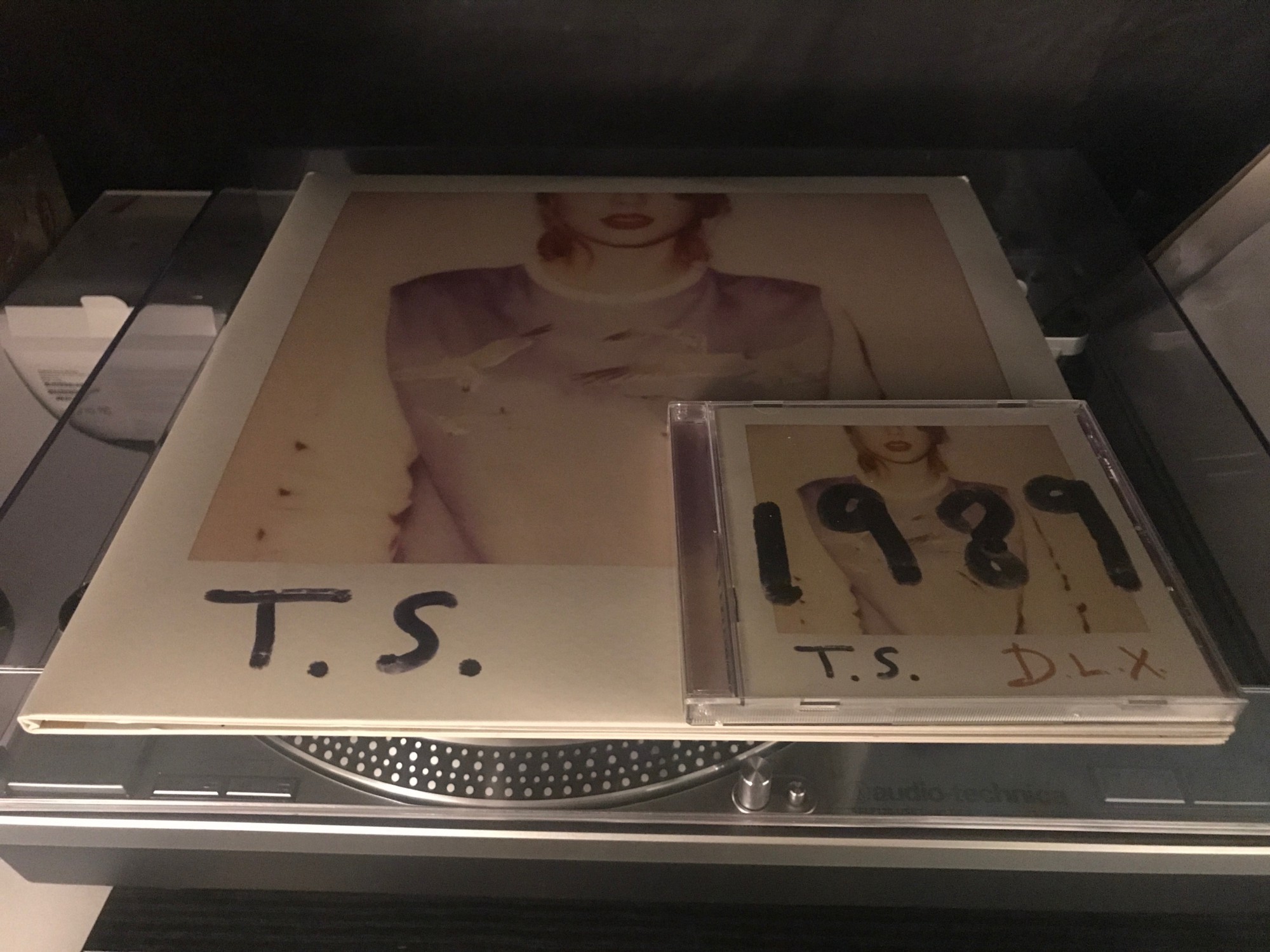 It puts CDs to shame

The fact that vinyl is a huge and awkward disc format means the outer sleeve is a huge print of the album artwork. This is AWESOME, and honestly probably my favorite thing about vinyl. I love album art and the vinyl sleeves are just a great way to display them. It’s cool to see my favorite albums jumbo size.

They can also be hanged or displayed in different ways which is great. 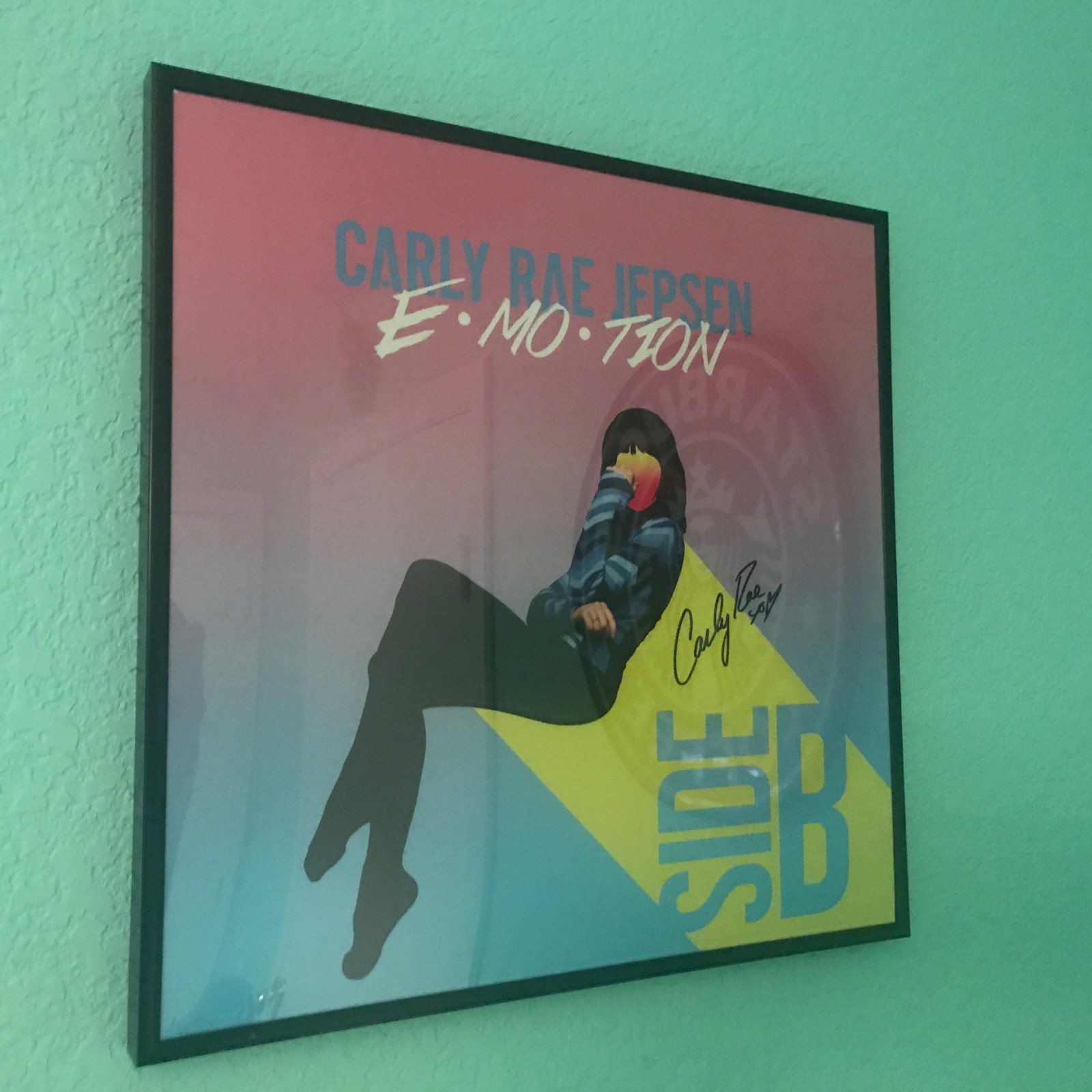 My signed copy of E•MO•TION: Side B framed

Vinyl is not a superior format to digital (in my opinion at least). But still, the feeling you get dropping the needle on the record to start the album is absolutely great. It brings a sort of connection to the music that you don’t get when tapping the album on your phone. Just the fact that you’re playing from physical grooves in a disc that are recreating the audio of the song is great. Sure it’s clumsy and inconvenient to swap discs and they can only store a few minutes of content, but the analog connection is very special.

In the age of playlisting, singles, and random mixes, I think many people have really lost the value in listening to an album all the way through. I think it’s important to listen to an album all the way as its how the artist intended it. Each song also has its own connection to the other around it on the album that you don’t understand when listenting to singles.

A album can have a great single on it, but that doesn’t make it a great album. Truly great artists deliver on all tracks on an album, even the ones that can’t top the charts. And I think it’s important to experience the whole collection of work that way. I’m not trying to argue an elitist viewpoint that you should always listen to albums all the way through, but I think cohesive albums are still important. I still enjoy playlisting, but albums are my favorite way to listen to music.

Vinyl, by design kind of forces you to listen all the way through the album, because of the clumsiness of switching vinyls and finding where on the record a song starts. While it is annoying to have to switch records 4 times to finish an album, I still enjoy it.

Many people say that vinyl is the only way to listen to music because the quality is that music better. And to be honest, I don’t agree. There may be a difference in sound, but it’s hard to notice. I’m not an audiophile per say, so this is not a huge issue for me, it sounds consistent to digital to me, which is OK. It depends on your speaker/headphone set hooked up to your player as well.

I will say that some records do sound different or “warmer” to me on vinyl, although this may depend on the album or it might just be placebo. Regardless, the sound from vinyl is definitely not a step down in my experience. 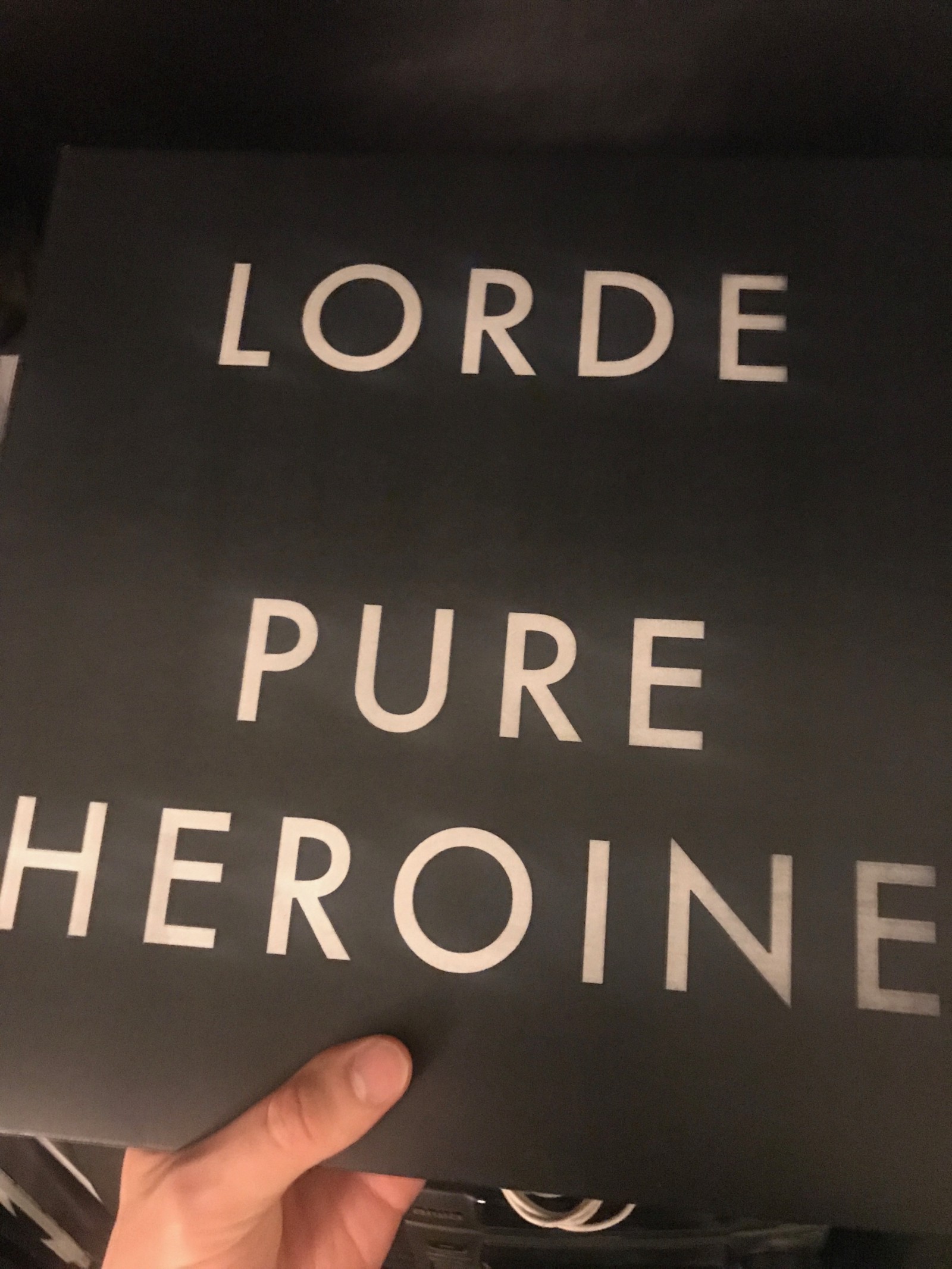 “Pure Heroine” by Lorde is one of my favorite sounds on vinyl.

You can play an album on your phone anytime, but there’s just something special about handling the vinyl record, placing it on the platter and starting it. It provides a connection with the music that doesn’t exist in other mediums. Vinyl is an antiquated, awkward to handle, and expensive format. But I still really like it.